The Taber Cenotaph is located in Cenotaph Park on 50th Avenue and 48th Street in downtown Taber.

It was unveiled on July 11, 1928 after efforts from the Taber Branch of the Royal Canadian Legion (GWVA) to erect a monument to honour the 25 men who paid the ultimate sacrifice in World War I. The monument is entirely the work of the veterans, except for the carving of the statue itself.

The statue was carved by Master Sculptors in Italy after local veteran Thomas Love posed for a picture in his uniform. The completed sculpture is said to be one of the most perfect replicas of a Canadian Soldier.

After the cenotaph's unveiling, it was formally presented to the Town of Taber, who is now responsible for its upkeep.

The monument displays the names of the men of the Taber district who died in World War I and World War II.

A number of remembrance ceremonies take place throughout the year at the Cenotaph. This park stands as a beautiful area to commemorate and remember those who made the ultimate sacrifice so that we may live in peace. 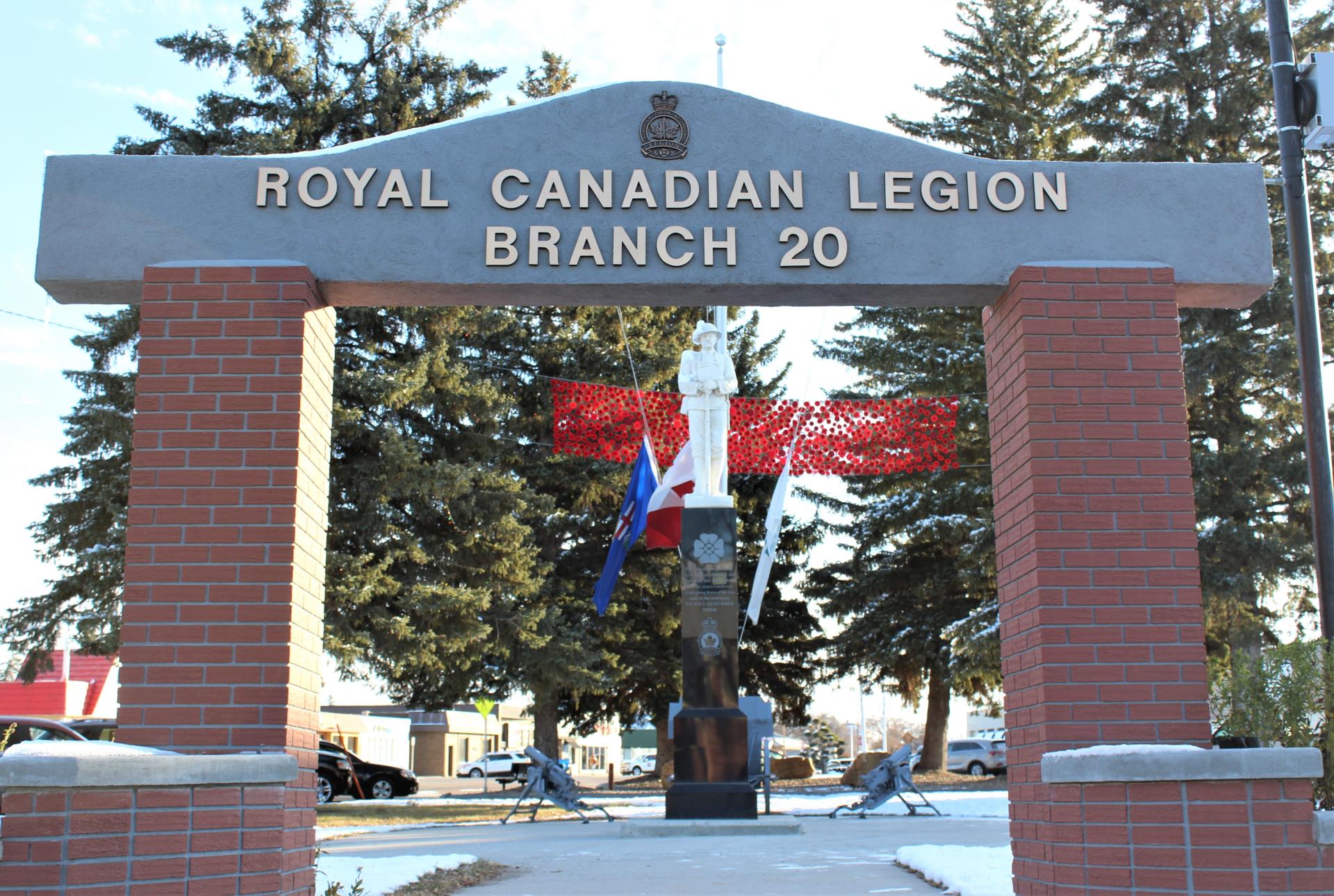 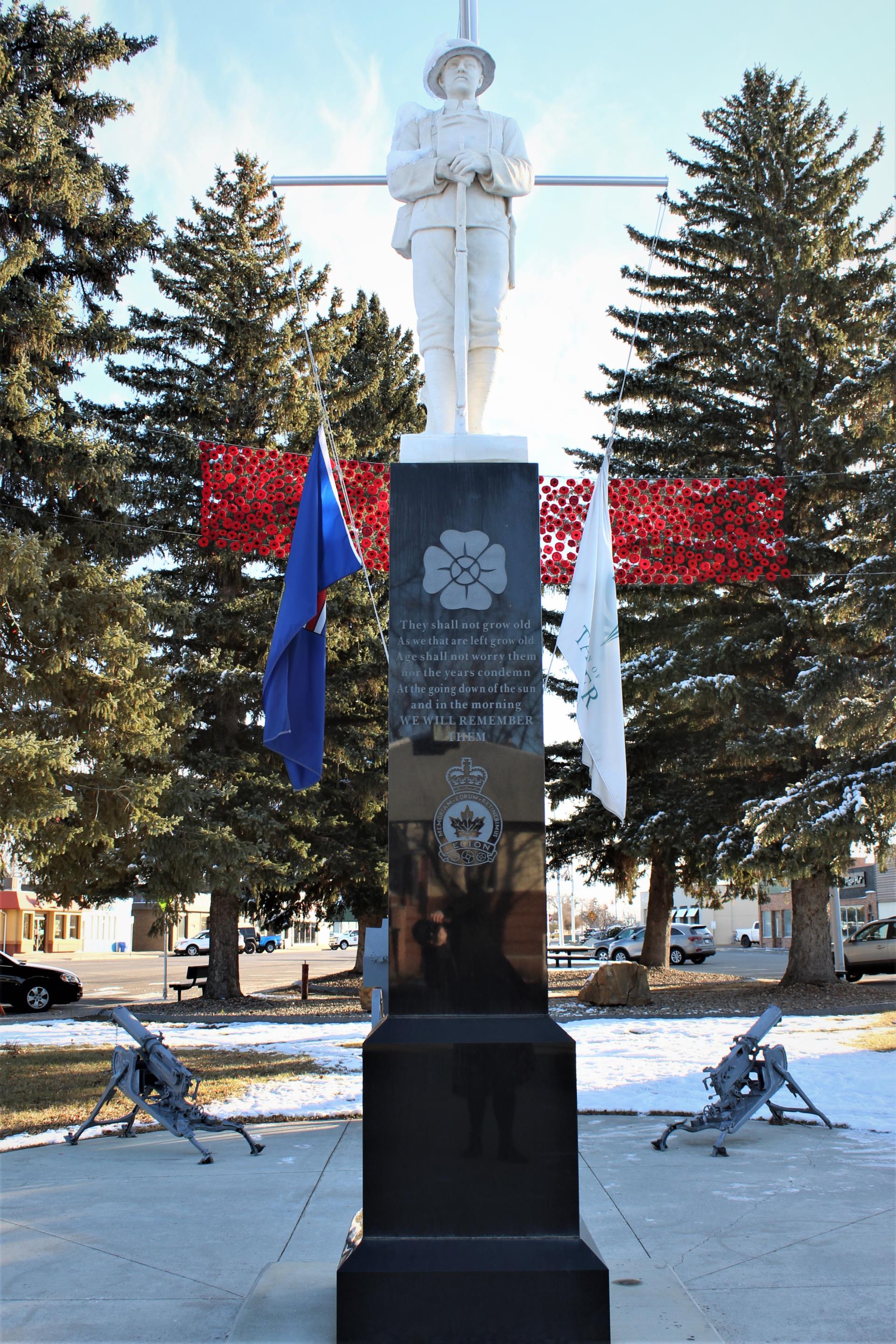 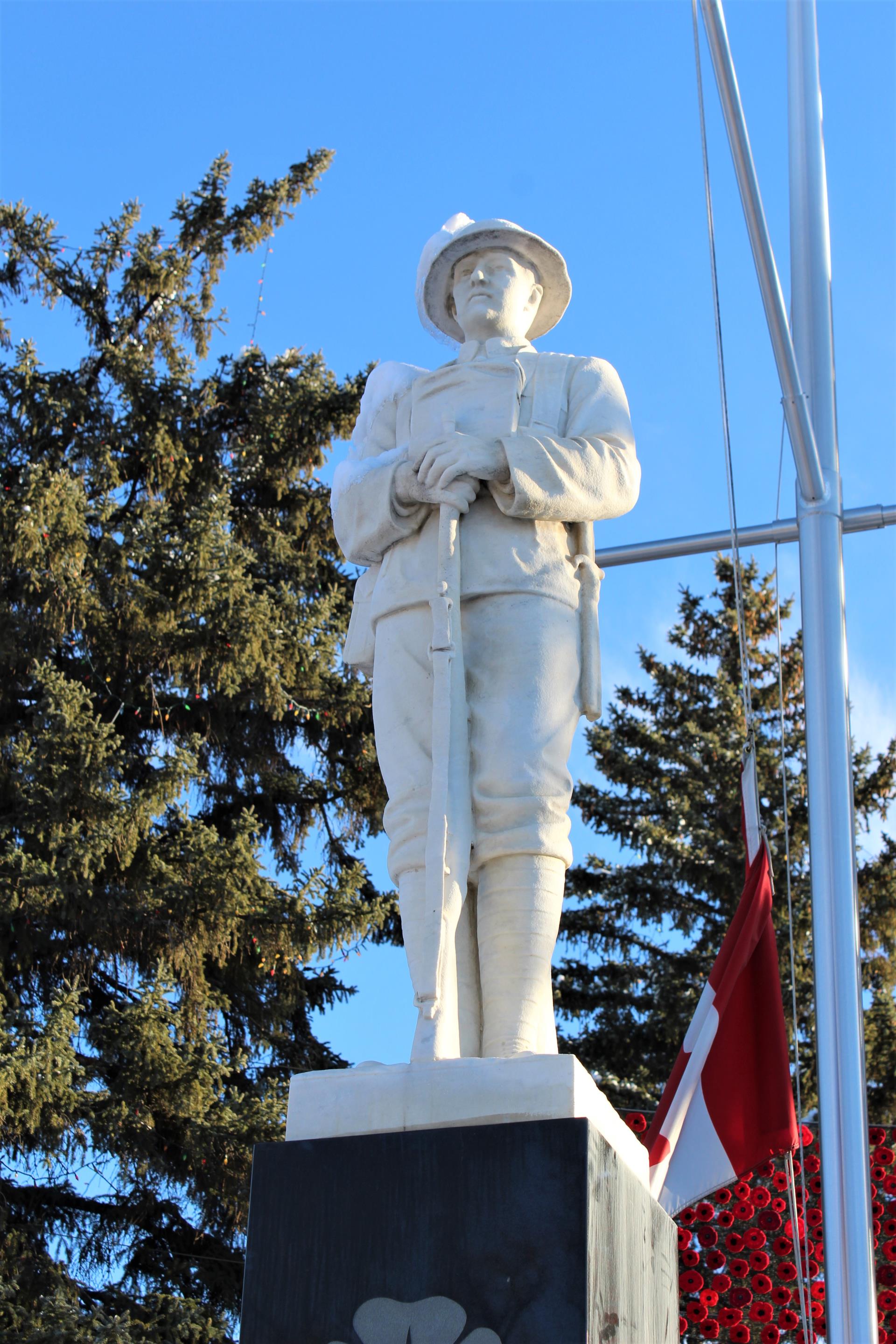